Why is Ibiza ‘The White Island’? 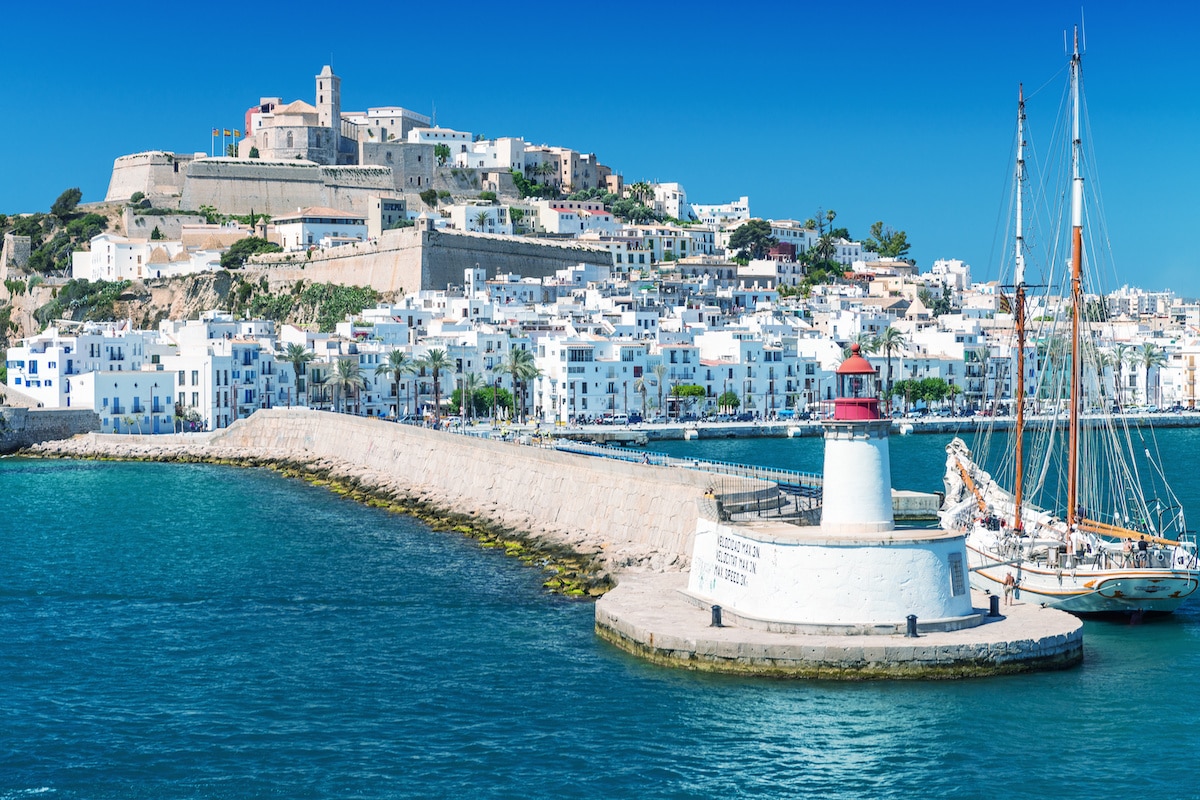 Ibiza is often called ‘The White Island’. It’s a luxury property hotspot for Europe’s ‘glitterati’ as well as a major clubbing destination. I recently discovered the interesting history of Ibiza’s nickname.

Ibiza is manically busy during the Summer months. Thousands of eager tourists flock to ‘The White Island’ to party in its dazzling dance clubs. Ibiza’s crystalline beaches and lively restaurants are packed with holiday-makers having the time of their lives.

Yet the seas are (mostly) calm in Summer and the sailing is fair. So, it’s always a peaceful life onboard. Moor your boat in a sheltered cove, kick back, notice the faint pumping of dance music drifting over the water … and relax! It’s all part of that Ibiza feeling.

However, life is super quiet in Ibiza during Winter months. The weather isn’t really sensible for sailing. So I’m chilling out in the Marina Santa Eulalia in January 2021, weathering out the coronavirus lockdown. I decided to use the extra time to find out why people call Ibiza ‘The White Island’. It turns out there are many reasons for the name.

A White History of Ibiza:

I read an enthralling book named (not surprisingly); ‘The White Island’ by Stephen Armstrong. I highly recommend it as a coronavirus quarantine read. The recorded history of Ibiza began in the 8th Century BC. A race of peaceful sailors called the Phoenicians, were the first people to populate the isle.

The island became a major refuelling station on their trade routes through the Med Sea. The Phoenicians were incredible sailors, who travelled long distances in order to trade luxury items. Their most well-known product was a purple dye for fabrics, worn only by royalty.

These genius sailing people knew the art of tapping underground spring water from the sea while at anchor. Ibiza is supplied by underground rivers. Perhaps the knowledge of underground water lead them to discover the island? 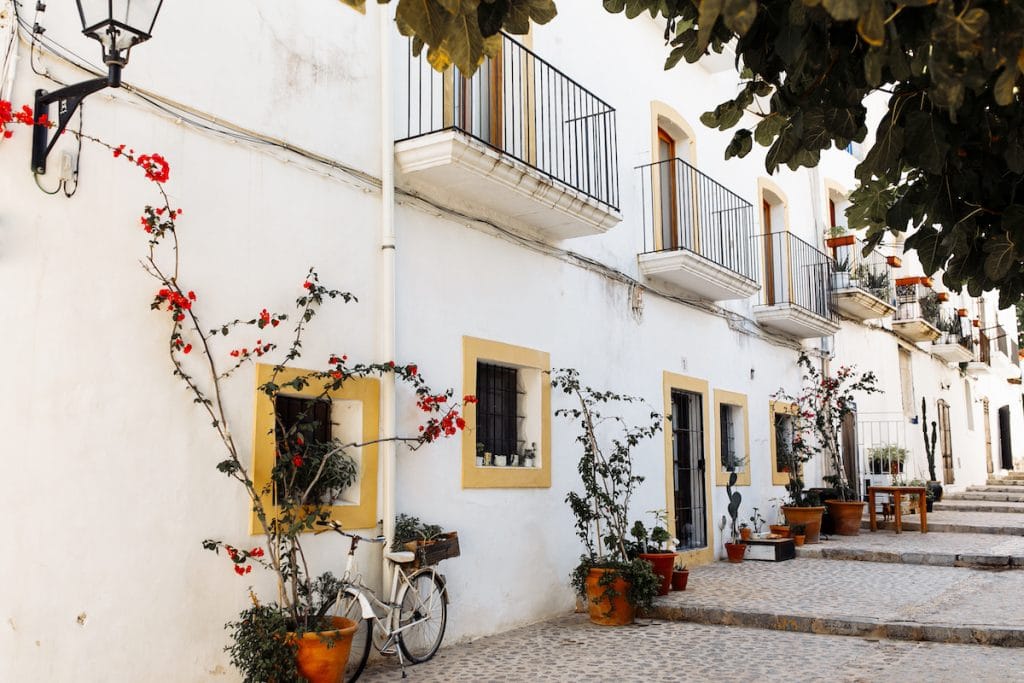 Ibiza’s economy was initially spun from ‘White Gold’ – or, in other words, salt. Until recently in history, salt was a very precious commodity. For example, you couldn’t travel long distances at sea without being able to preserve your supplies in salt. That seems strange to us now, but in those times, it was a case of life or death.

Phoenicians began harvesting marine salt at Ibiza’s Ses Salinas. This enterprising race traded salt successfully, and peacefully, throughout the Med Sea for many centuries. The White Gold industry sustained Ibiza for centuries, until eventually in the 1700’s the Spanish Crown seized the salt revenue and plunged the island into destitution and poverty for over 400 years.

The Ses Salinas salt pans are still located just outside of San Jordi Ibiza. The harvested salt is nowadays sent to Scandinavia for fish-packing. It’s not a major industry, but it still exists today.

This special area has been declared a World Heritage site. It’s famous for its birdlife, especially the flamingos. Ses Salinas is also a marine reserve, dedicated to protecting the Posidonia seagrass endemic to the islands.

The first reference to Ibiza as ‘The White Island’ appeared in a popular Spanish journal of the time called ‘Xanau’ – 1913. The romantic painter and writer Santiago Rusiñol wrote about the Puig des Molins, an ancient Phoenician cemetery that is still preserved.

In the 1960’s Ibiza launched a big tourism campaign to draw visitors to the island. The slogan was ‘L’Illa Blanca’. It proposed that their brilliant idea came from Rusiñols enigmatic writings.

Ibiza Winter Residents Have their say!

Finally, to settle the debate once and for all, I asked my question on the Ibiza Winter Residents page on FaceBook. Many locals were only too happy to explain to me why Rusinol would call Ibiza The White Island.

“Its the Cal” they Cried!

Ibiza’s homes and buildings are traditionally painted in white lime-wash called ‘cal’. The villages, churches, courtyards and squares reflect a dazzling white in the sunshine. It’s hard not to notice the whiteness of the local architecture, especially cruising the coastline by boat.

The island is abundant with natural limestone. Because Ibiza has always been so isolated geographically, people learnt to make do with the materials they had at hand. Many old homes still have ancient kilns (clay ovens) used to bake and process the soft white stone into a base for paint.

Limestone has serious anti-fungal properties and protects the outside of houses. It also looks fresh and clean and white. Every Spring, the island renews itself with a fresh coat of whitewash.

In the end, I might agree, its the Cal! Whatever the reason for the nickname ‘The White Island’, Ibiza is a beautiful place to winter a boat. It’s been super entertaining doing this research – Please keep an eye out for more of my blog posts on the history of Ibiza here at www.sailingonelife.com.